This is a tribute page to one of the two remaining Liberty Ships in the U.S

“I emphasize to all of you the simple historic fact that throughout the period of our American life, going way back into colonial days, commerce on the high seas and freedom of the seas has been the major reason for our own prosperity and for the building up of our country….We propose that these ships sail the seas as they are intended to. We propose to the best of our ability to protect them from torpedo, from shell, or from bomb.”

Franklin D. Roosevelt  At the launch of the first Liberty Ship 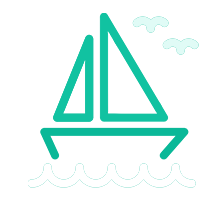 With a capacity of up to 750 passengers, the S.S John Brown is available for a variety of charter experiences. Contact the crew for more information on booking. 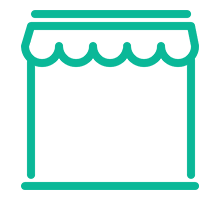 The current crew of the S.S John Brown are strictly volunteers who are dedicated to keeping the memory of the ship in tact. Because of this, all proceeds go directly to the ship and its continued operation.

About the S.S John Brown

One of the two surviving Liberty Ships out of an original fleet of 2,700, the S.S John Brown was part of a WWII initiative to quickly build cargo ships en-mass.

Liberty Ships were born in 1941 out of a necessity for cargo ships that could be built quickly during WWII and were originally designed by the British. However, the U.S Maritime Commission adjusted the design to accommodate U.S shipbuilding standards and account for a number of factors including missing resources and the need to build as quickly and cheaply as possible. The result was a fleet of ships commonly referred to as “emergency ships” or “ugly ducklings” because of their basic appearance. This moniker changed however when President Roosevelt told the nation that the fleet of ships would bring liberty to Europe. From then on, they became known as Liberty Ships.

Despite over 200 being lost to enemy combat, fire, collision, or other disasters, the fact that they could be built so cheaply and at such a large scale enabled continued supplies to reach the allied forces fighting in the European and Pacific theaters.

The S.S John Brown specifically was launched in 1942 from Baltimore along with six other Liberty Ships. Each ship was named  after a labor leader, and the Brown was named after John W. Brown, who died in Maryland in 1941.

Where is the S.S John Brown?